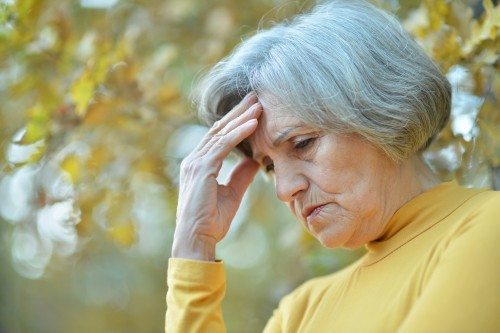 Families are understandably concerned when an aging parent begins experiencing memory loss or confusion. Is it Alzheimer’s disease or another form of dementia? It may be neither. There are several physical conditions which present symptoms that could be mistaken for Alzheimer’s disease and dementia.

Thyroid Disease There are two types of thyroid disease: hypothyroidism (an underactive thyroid) and hyperthyroidism (an overactive thyroid). Several of the symptoms are similar to those of a cognitive disorder. Any time a loved one presents symptoms perceived to be confusion or possible memory loss, they should always have their thyroid checked. Other symptoms include fatigue, mood swings, weight gain, and muscle or joint pain.

Nutritional Deficiencies There are a few different kinds of nutritional deficiency. The most common is a B12 deficiency. It’s possible you could be taking B12 but just not absorbing it sufficiently. The name for that is pernicious anemia, and it has very similar symptoms to Alzheimer’s disease.

Among the symptoms, some of which are not common with Alzheimer’s, include fatigue, headaches, tingling sensations in the head and feet, balance problems, tiredness, and confusion. There is a simple test to determine the body’s B12 level, and if a deficiency is determined, it can be remedied through B12 injections.

Another deficiency that can mimic Alzheimer’s or other forms of dementia is a reduced thiamine level. This is a common condition among alcoholics; it can be remedied by abstention from alcohol, modification of diet, and medications to boost the thiamine in the body.

Brain Tumor When a patient has symptoms of memory loss or confusion, a CT scan or MRI may be warranted to rule out the possibility of a brain tumor. The average non-medical person is not likely to recognize potential brain tumor symptoms. People could be minimizing what they are seeing and think that family member is experiencing older adult confusion.

NPH has the potential for being misdiagnosed as a form of dementia since there are overlapping symptoms. People who have NPH will lose bladder control initially, whereas you don’t see that with Alzheimer’s or other neuro-cognitive issues until later stages of the disease.

Medications Side effects of various medications may also mimic the signs of Alzheimer’s disease or other neuro-cognitive disorders. Some of them may cause memory problems, appetite problems, or sleep disturbances. The consulting website Aging Brain Care (ABC), which has compiled a list of widely prescribed drugs that have strong negative side effects for the aging brain, provides a ranking of these drugs on a scale of 1 to 3. According to that scale, among drugs that should be avoided by older individuals are: Benadryl, the common over-the-counter antihistamine; the antidepressant Paxil; the heart drug digoxin; the blood thinner warfarin; the painkiller codeine; and the steroid prednisone.

Rapid-Onset Conditions In addition to the above non-rapid onset medical conditions, there are conditions that are characterized by rapid-onset memory loss and confusion. Some common conditions are a urinary tract infection (UTI) and delirium.

You can go from one day, when the person sees perfectly fine, to within 24 years the person is having severe symptoms. There could be a rapid onset of memory issues, confusion, and sleep disturbances. In the majority of Alzheimer’s disease and other neuro-cognitive conditions, you’re going to see some problems with verbal skills. However, you usually don’t see that with someone who has rapid-onset memory issues when caused by a urinary tract infection.

You can go from one day, when the person sees perfectly fine, to within 24 years the person is having severe symptoms. There could be a rapid onset of memory issues, confusion, and sleep disturbances. In the majority of Alzheimer’s disease and other neuro-cognitive conditions, you’re going to see some problems with verbal skills. However, you usually don’t see that with someone who has rapid-onset memory issues when caused by a urinary tract infection.

Another rapid-onset condition is delirium, typically seen after an older person has had surgery and is in a hospital setting. They didn’t have the symptoms prior to being admitted. Since being admitted, they’ve had pain medications and anesthesia, loss of fluids, and are in an unfamiliar environment. Delirium clears up once the patient is off the medications, getting enough fluids, eating normal food, and back in his or her regular environment.

Medical Evaluation The protocol in the medical community is to order blood work and other tests that will rule out the physical causes for memory loss and confusion before proceeding with neurological testing. A family practice physician typically does not do this. It requires a psychiatric evaluation by a specialist or a geriatric physician.

If there is a neurological cause, it’s important to obtain a specific diagnosis. Alzheimer’s disease is the form of dementia that is most often cited, but other possible dementia diagnoses include vascular dementia, Lewy body dementia, Parkinson’s disease, Huntington’s disease, fronto-temporal dementia, and several others.

Getting the correct diagnosis is critical in determining the appropriate treatment, which is why adult children need not panic at the first sign of their parents’ memory issues.